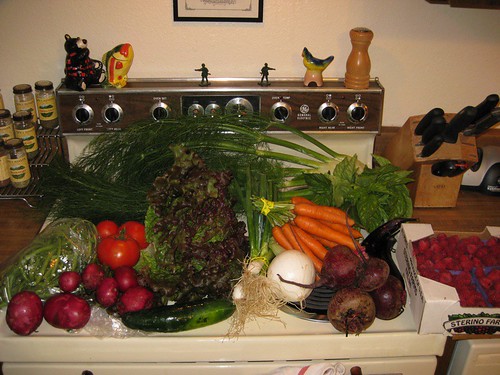 And I bought a 1/3 flat of raspberries at Fred Meyer too, that according to the box were grown in Fife, WA (which is local enough for me as far as raspberries are concerned). And promptly ate an entire pint by myself. It might have been a bad idea for my currently-too-full tummy, but man was it good goin' down! :D 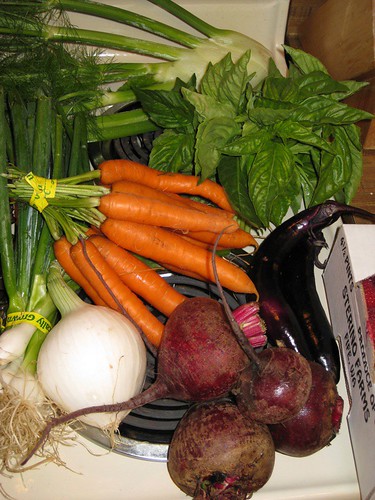 So pretty. The eggplant are banana-shaped. I'm not sure what to do with them that will ensure that Cory tries them. He doesn't like them. He also doesn't like beets, which is too bad. I wonder if I can "can" them without a jar. Can one Tupperware a beet? Hmm.

Also, if you have any fennel recipes that are delish and also downplay the licorice flavor, let me know. Cory doesn't like licorice and therefore doesn't like fennel, unless it's hiding somewhere. Last time I cooked with some I made a veggie stew. Maybe I'll have to do that again this time.
Collapse