The other day I looked in our laundry soap container (it's actually one of those cheap bathroom trash cans 'cause it's the right size and I didn't want to go out and buy a bucket) and realized that we were getting a little low. 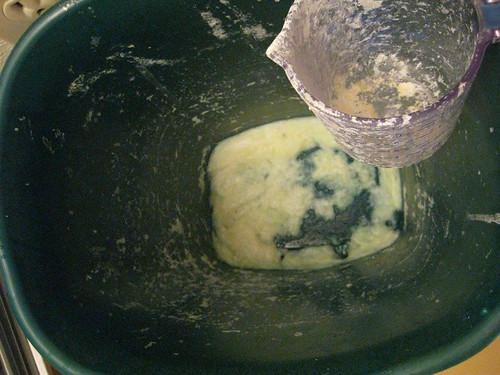 So I waited until I had a free bit of time to make another batch and take a few pictures of the process. ( Collapse )

We've had a pretty full weekend!

Yesterday, my friend Erin and her 13-month-old son Anthony came over for lunch and bubble tea and playtime. We don't have many good toys for little ones yet, but he made do with what we had, which consisted of a handful of dominoes and a plastic bowl, and then later my plastic Q hook and a metal bowl. 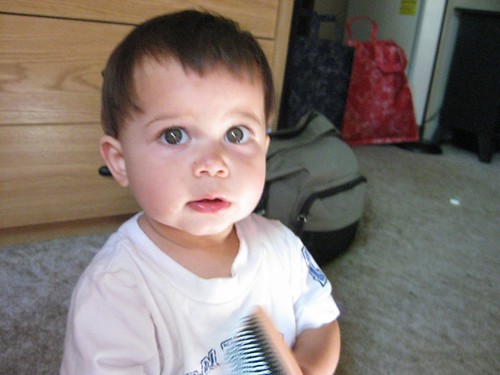 He was having fun making us laugh at his game of dominoes - he'd throw them into the bowl and then pour them all over his head.

We left him and Cory to play together while Erin and I went for bubble tea and half a game of Chinese Checkers, and then it was time to get back so we could go to our prospective evening activities.

Our evening activity was a BBQ at my aunt's house. It was good and I ate way too much. My uncle just got back from Australia and he brought back treats - we had pavlova and Turkish Delight. (YUM-O!) We were there for a few hours and when it got dark it was time to head home.

This morning we were up early to go for an 11-mile walk in preparation for the half-marathon in two weeks. Things were going well; we saw a couple of rabbits and a flock of sheep and were cruising right along, until about mile 7 when Cory started limping because his shoes were old and starting to be really painful. We ended up deciding to leave him on the south side of campus while I walked home and got the car and brought it back to pick him up, because after just a little while the pain was unbearable. Because we're trying to save money, Cory decided to skip the halfie and use the $45 towards a new pair of shoes, rather than spend $90 on both of our entrance fees AND new shoes. I'm still debating whether or not to go myself; it won't be the same without my walking partner!

I also made laundry soap and did some laundry and just generally rested. It felt like such a short weekend!
Collapse