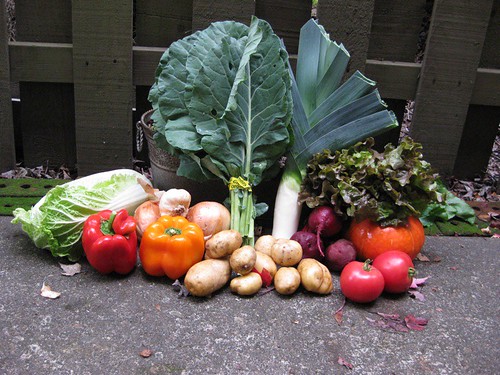 Yeah, I'm a little late on this, sorry. We ate just about everything this week - some weeks we forget about things that are in the crisper drawers, or we don't feel like eating certain veggies, but yesterday before we went to the pumpkin patch I cut up the onion, garlic, potatoes, leeks, collards and squash and simmered it for a few hours in some vegetable broth. (I also put in a few chunks of polish sausage.) I put the beets in their own pot and cooked them through, since Cory doesn't like the taste, so I put a few in my bowl along with the rest of the stew. It was pretty good. It reminds me that I need to get some new spices though - this stuff was a little boring even though I put several different spices in.
Collapse